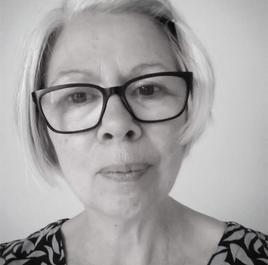 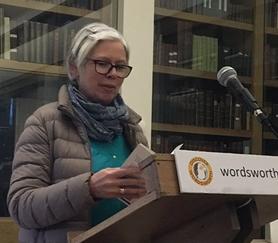 My debut full collection is scheduled for publication in March 2022 with Verve Poetry Press. I have two pamphlets with The Emma Press, Elastic Glue​ (2019) and Goose Fair Night (2016). I've been published in magazines including Magma, Mslexia, Brittle Star, The North,  Poem, Under the Radar, Morning Star, Fenland Reed, Finished Creatures and South Bank Poetry and in anthologies, most recently the Live Cannon Prize Anthology,  Places of Poetry (ed. Andrew McRae) and Witches Warriors Workers (ed. Fran Lock and Jane Burn) On-line, I'm on the Poetry Archive, The Stare's Nest, And Other Poems and ​Proletarian Poet.

You can read interviews with me on Pam Johnson's blog site Words Unlimited, in Nottingham's ace independent newspaper Left Lion and on the TCS Network site  (on being a late-starter poet).

I am currently a member of a poetry workshop group led by Mimi Khalvati and an on-line playgroup convened by Paul Stephenson.  I was in the last cohort of the Aldeburgh Eight and was awarded places on the Poetry Business's Writing School 2017/18 and the Ledbury Festival Development Programme - Voice Workshop 2017.

​​I was born and raised in Nottingham but have spent my adult life in London, the last 40 + years in Covent Garden, specifically Seven Dials, home of the broadsheet and the ballad. I've been a social worker and community activist, worked on a political and financial risk journal, in arts television and artist development. I currently earn my living as the administrator of a charitable trust which undertakes community-led public realm projects. I have grandchildren. I make a lot of jam.